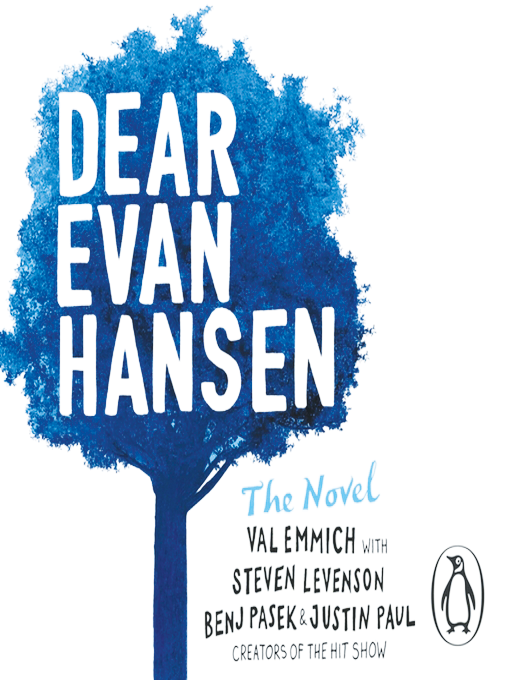 Dear Evan Hansen is known by most as a vaguely recognizable, semi-watchable musical. However, the majority of people are unaware of the 2017 novel adaptation, Dear Evan Hansen the Novel, which manages to perfectly highlight everything wrong with the play–and make it worse.

As a side note, if at any point you feel like this review is confusing or hard to understand, just know, I’m making the best of an almost incomprehensible book.

Our main character is named Mark Evan Hansen. The story begins with Evan writing a letter to himself, an assignment given to him by his therapist to help him come out of his shell. It’s also around this time that we find out that Evan has extreme anxiety, a detail that is only brought up when Evan needs sympathy from the reader.

After some painfully long exposition about himself, we meet his mother. She is a character made out to be important when in reality we only hear about her when Evan is upset and needs someone to help him feel like the victim.

We cut to Evan’s high school and meet an array of uninteresting characters, until we’re faced with Jared, a family friend of Evan’s. His character really only exists to remind Evan how good he is compared to how insensitive and homophobic Jared is.

We get some entirely unnecessary dialogue out of Jared once we see our second main character, Connor Murphy. He’s described as a stereotypical high school outcast: painted nails, baggy clothes, too much jewelry, the whole deal. As he walks past the two of them, Jared says, “Love the new length of hair, very school shooter chic,” which causes a chain reaction ending in Evan getting pushed by Connor and being saved by the unfortunate love interest of our story, Zoe Murphy. Evan spends the rest of the book basically stalking her, then freaking out when she doesn’t talk to him.

After we spend a full chapter introducing every character, we finally get to the story. While Evan is printing out the letter he wrote to himself in the school computer lab, Connor walks in, reads his note, yells at Evan and leaves with the note. Evan spends a few hours worrying about what Connor will do, until he’s met with the news that Connor has committed suicide.

Connor’s parents tell Evan that they found his note on Connor’s body. And instead of reacting to this in any human-like way, Evan decides to go along with the idea that he was Connor’s friend and proceeds to “help” Connor’s family. He does this by lying to them for the rest of the book about who Connor was and painting him to be some innocent tormented soul. This not only shows a complete lack of remorse, but also paints Evan as the victim in this situation which he 100 percent is not.

During a completely unbearable dinner scene with Evan and the Murphy family, Zoe tells Evan how Connor emotionally abused her for most of her life. While this could be a great scene for Evan to go, “Oh my God what am I doing, I need to come clean,” it is instead used as a lazy attempt at a bonding moment between the two. Evan even kisses Zoe on her dead brother’s bed. Luckily, the book has some humility and Zoe leaves angrily.

Unfortunately, her anger doesn’t last nearly as long as it should have—which should be forever—as days later Zoe approaches him and apologizes for “overreacting.” This is the beginning of their pitiful relationship.

But don’t worry! Zoe isn’t the only one he forcefully bonds himself to. He also chooses to connect with Connor’s mother and father and treat them as his own. Because poor, dear Evan has a somewhat absent father and a wonderful mother who works extremely hard to support him. Evan makes sure to thank her for this by telling her how he loves the Murphys more than her and yells at her for working too much. To, ya know, support him.

Afterward, Evan yells at his loving mother for being honest with him, despite that being what he claims to want. Evan decides to start a fundraiser in Connor’s memory. He recruits some random girl named Alana Beck to do all the work for him. Then gives a boring speech that goes viral and sends the fundraiser soaring.

For the next few chapters, the book continues to praise Evan for being a bad person without any true development of plot.  Evan finally quits the fundraiser, tells the Murphys that he’s been lying to them and stops talking to Jared. In a way, it’s almost relieving to see this finally be over, but also isn’t because at the end of the day, Evan walks away from this like some sort of hero.

There were a few things I didn’t touch on in the main part of this because I felt they deserved their own glory. One of those things being the strange notes that the ghost of Connor left throughout the book. Every few chapters, Connor would appear and talk about his actual friend Miguel and the story that they shared. These chapters, in my eyes, serve absolutely no purpose. They add nothing to the story except some strange homo-romantic themes that feel really out of place considering the odd amount of homophobia in this book. Most of which was directed at Connor after he passed.

Another part of this book that I really wanted to talk about was the overarching theme, which is mental health awareness, and how little it is valued, which is truly hilarious coming from this completely insensitive, nonfactual, really meaningless book. At the end of the story there’s supposed to be some dramatic twist where we find out that Evan broke his arm while trying to commit suicide. And sure, in a way it’s… interesting? But mostly it seems like a cop out. It feels like such a slap in the face after seeing how Evan treats Connor’s death, and how this is mostly used as a way to excuse Evan’s actions.

This should go without saying, but having anxiety or being depressed is not a good reason to manipulate a grieving family into believing that you were friends with their dead son.

The depictions of mental health in this book that revolves around it are absolutely atrocious. Between Alana putting together Evan’s lie simply because Connor was “getting better” in the emails they wrote, and them constantly using Evans anxiety as a scapegoat, it’s all around a horrible show of how mental illnesses work. If I had less understanding of this sort of thing or was younger—both of which are generally the target audience of this book—I would walk away from this story with a criminally bad understanding of mental health.

This book is at best a story about a mopey teenager with some serious problems that need to be addressed, and at worst, a dangerous set of lies that glorifies suicide and demonizes mental health issues. It makes light of and excuses terrible treatment of mentally ill people. I would highly advise readers to steer clear of this book.